Netflix streaming – they predicted it as somewhere around 4.5 stars for me. I don’t know for sure because they have changed their web interface and I don’t seem to be unable to remove the 5 stars I gave it, to see what their prediction was.

Mike Tyson, Evander Holyfield, and Berhard Hopkins. Very famous boxers, and this documentary does a great job of showing us where they came from and what the boxing life did to them.

It was a great idea to put the three together into this documentary, though I’m sure that good individual documentaries about each of them are still possible. The story of Bernard Hopkins and his return after serving 5 years of an 18-year prison sentence is moving. Even Mike Tyson seems to be bettering himself now.

Netflix DVD – they rated it at 4.7 stars for me, and 3.9 stars for the general audience. This is another movie where Netflix finds something for me that I might not normally be interested in from reading the description. A jazz drummer determined to succeed and driven by a demanding music teacher? Not interested, normally … but wow, did they ever do a good job of making this movie engaging and suspenseful, and they even got a twist or two in there. 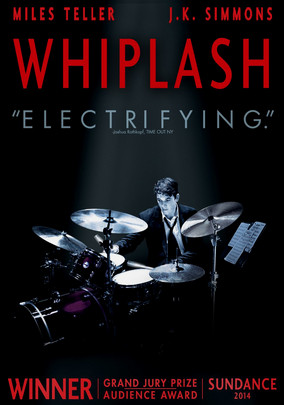 I really liked the acting in this movie, and it was a lot of fun to watch. It’s not only about music, though people interested in music would probably like it, but more about personality and achievement. It makes you wonder if the “demanding” music teacher was right in some way. I thought my high school band teacher was a real jerk, but this guy (played wonderfully by J.K. Simmons) was WAY worse! I’m going to give it 5 stars.

Just saw this in the theatre with the family, for Mother’s Day, and we loved it! Close to being as good as the first one, and just as much fun. I liked the new characters of the Scarlet Witch and Quicksilver. While you don’t want to think too much about his creation, the new character The Vision also shows up. Like the first one, it was a ton of fun to watch and I’d like to see it again. We’ll probably buy them both at some point.

The dialog between the characters was as great as ever, and quite a few funny lines are delivered along the way – “the elevator is not worthy” being a favorite. You’ll know it when you hear it …

The graphics are spectacular and I’m glad to see that they’re making money on it – these things cost so much to make, we don’t need any failures jeopardizing our chances of getting more superhero movies in the future. Speaking of which, where’s the Legion of Super-Heroes movie, and how badly are they going to do it? I fear that it’s going to suck … I hope I’m wrong.

Netflix streaming – I just finished watching the series finale, from the seventh and final season. They predicted it at 4.3 stars for me, and 4.3 for the huge general audience – over 4 million viewers have rated it so far. This is a fascinating series, one of several that I have been turned off by originally, because of what seem like distasteful people. The Soprano’s and Breaking Bad were both like this as well, I watched an episode and decided I didn’t want to watch such horrible people. However, coming back to them because of glowing reviews everywhere, I got hooked on all of these and wanted to see what would happen to these people. Sons of Anarchy is a fascinating study of people on the wrong path in life, but who seem to be, at least sometimes, doing the right thing for themselves and their families.

This long-running show is a fascinating character study and a vivid demonstration of how bad choices can pile up on each other and send people down a path of destruction. At times, perhaps many times, it is overly convoluted as the plot twists around a huge number of motorcycle gangs and their members, as they cold-heartedly kill each other for a piece of their lucrative and illegal pies, partially fueled by retaliation and disrespect. One good person is caught up, by love, in this mess, and she gradually turns to be more and more like them. It is interesting watching, but I think I had to see the whole thing in order to give it 5 stars. Individual episodes would probably only receive 4 stars from me. From what I’ve read, it seems like they had the entire series planned out, since things in the last episode carry on and reflect back to things in the pilot episode.

Netflix DVD – they predicted it at 4.9 stars for me, and 3.8 for the general audience. Netflix knows what I like! I’m going to give it 5 stars, this is one of my favorite movies of all time. This was the second time I’ve seen it, having seen it in the movie theater a year or so ago. On this second viewing, on our home tv, it was still really good, though of course there were no surprise twists to enjoy this time. The large theater screen was no doubt better than the tv screen, as well. This movie is just a fun, exciting time, with absolutely fantastic graphics, particularly of the alien creatures and the military equipment. It just looks real.

Both Emily Blunt and Tom Cruise were really good in this movie. In addition to spectacular action, there was a nice, emotional component underneath, and the ending, which I won’t mention here, was the perfect way to handle it. Highly recommended.

Netflix streaming. They predicted it at 4.3 stars for me, and 3.7 for the general audience. I’m going to give it four stars. This movie could fit inside my “Quirky Movies” post from a few months ago, and one of the main actors, Mark Duplass, was in one of the ones I mentioned in that list: “Safety Not Guaranteed”. Along with him is Elisabeth Moss, Peggy Olson from Mad Men. It’s hard to discuss without giving away the surprise twist, which comes very early in the movie, but it is an interesting exploration of a relationship and how people can affect others differently by slight variations in their attitude. 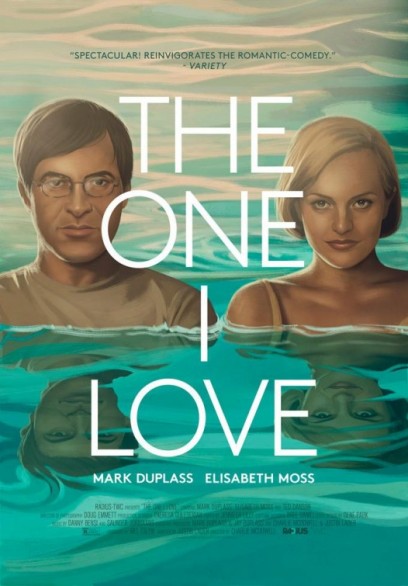 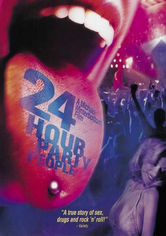 Netflix streaming. They predicted it at 4.8 stars for me, and 4.0 for the general audience. I’m going to give it a strong 4 stars. It was interesting to learn that K2 is much more dangerous than Mt. Everest, and that one person has died on it for every four that have reached the summit. It is the second-highest mountain in the world, behind Mt. Everest.

Netflix DVD – they rated it at 4.9 stars for me, and 4.0 for the general audience. It might not have been perfect, but it was definitely a masterpiece, and I’m giving it 5 stars. I didn’t know it was such a long movie, and at 2:49 it covers a lot of ground. I didn’t find it to be slow at any point, and the only real letdowns that I had are not surprising at all. I mean, how could it have been done any better? I didn’t know Matthew McConaughey was in this movie, I wouldn’t have picked him as an actor in this type of movie, but he did alright. I’m pretty sure I wouldn’t have chosen Anne Hathaway for her role, I would have thought somebody more serious-looking would have been better-suited, say, Jennifer Connelly?

Anyway, it was a great movie, but as usual, people could certainly find things to nitpick. Reviews compared it to 2001, A Space Odyssey, which I haven’t seen, and now I’d like to watch it to see what they are talking about.

Netflix streaming – they rated it at 4.8 stars for me and 4.4 stars for the general audience. This doesn’t align with what I see on Rotten Tomatoes, where the critics have slammed it (36%, but a small sample size). Reading the reviews on Netflix, almost all of them give glowing reviews. Hilary Swank does a great job as usual, but I was surprised by a newcomer, Emmy Rossum, who also does a great job. She’s definitely going to be a big star soon. This is both a sad and uplifting movie at the same time, and the true strength of this movie is how it deals with the character of both of these women at the same time, two very different women that share wonderful moments. I’m going to give it 4 stars, but I came pretty close to giving it 5.