Very sad news today that Leonard Nimoy has died. The wonderful Mr. Spock from Star Trek, the original, the logical Vulcan with the hidden heart of gold. For me, it is the end of an era – I loved Mr. Spock most of all among the cast of the show that stood for (and probably helped create) my love of science, and the promise of a bright future where we all would live together as equals. I am neither a Trekkie nor a Trekker, I don’t collect things related to it, and I don’t go to the conferences, but there was something very special within Star Trek, and a large part of it has died today. Here’s a beautiful illustration by Lei Feiyang that seems to capture the character better than any photograph. I realize that I’m overlooking Mr. Nimoy himself, in favor of a character he played, and I’m truly sorry for his family. As the public, we knew him as Spock, while his family knew the real Leonard Nimoy. It is fortunate for him that even though he felt that smoking caused his death, he managed to live a long and wonderful life. Netflix streaming – they rated it at 3.6 stars for me, surprisingly lower than the 3.9 stars for the general audience. I thought briefly of giving it 5 stars because I really enjoyed the uniqueness of it, but I’m going to give it 4 stars. It’s a very unique movie, I think it would be difficult to predict whether somebody is going to like it or not. It’s so unusual and quirky for a ski movie that it seems to polarize reviewers. I’ve never heard the word “trustafarian” before,  but a lot of the reviewers seemed to use it – in terms of hippie-like people who denounce the rat race while at the same time apparently having lots of money to maintain a their expensive ski equipment. At least, that’s the impression I got. Anyway, the movie follows a narrative of a person searching for fulfillment by heading North with a Volkswagen beetle and no money, encountering a tent city of ski bums in the interior of British Columbia, hanging out for a while, then following the call even further North, to Alaska, when the snow melts. Lots and lots of impressive skiing and snowboarding. Very interesting filming, music, and storyline, and just a lot of fun to watch.

Netflix DVD – they rated it at 4.3 stars for me, and 3.8 for the general audience. Sandra and I watched this one together. Though it was set in Mumbai, India, and in Hindi with English subtitles, I was surprised that quite frequently, the characters spoke in English. I wonder if that is really how people speak there, or if this was done just for the movie?

This was a charming movie, centered around the apparently world-famous Indian lunchbox delivery system. I hadn’t heard of it before, but it seems that people at work have their lunches shipped hot to them just in time for their lunch break, using a large system of deliverymen. These deliverymen use bicycles, trains, and whatever means necessary to get the lunchboxes delivered, regardless of the weather. In the movie, a woman is cooking lunch for her husband, but the deliveryman takes it to the wrong person. The lunch is much better than he’s used to, and so he sends her a note in the empty tins … which starts an interesting exchange of notes that becomes less and less about food and more and more about their lives and desires. Many reviews on Netflix refer to a disappointing ending, but one reviewer said you have to pay attention at the end. I wound it back and looked for clues, and it’s true … [SPOILERS] END_OF_DOCUMENT_TOKEN_TO_BE_REPLACED

Netflix streaming – they rated it at 4.7 stars for me, and 4.0 for the general audience. This is a documentary about the first two people to climb to the top of Mount Everest – Edmund Hillary and Tenzing Norgay. I didn’t know that Hillary was a bee-keeper from New Zealand! This documentary/recreation was very well done, and I kept wondering how they filmed some of the climbing scenes – it looked like they were actually up there and climbing to the top of Mount Everest … and perhaps there were – the credits say it was filmed on Mount Everest and in New Zealand. It’s a great story, and a very good documentary, but I’m going to give it 4 stars. Interesting story and beautiful scenery and filming.

A novel – by Junot Diaz, and winner of the 2008 Pulitzer Prize for Fiction. An MIT Professor of Writing, Junot Diaz was born in the Dominican Republic (Santo Domingo) and moved to New Jersey. The main character of the book is in the same situation, and I wonder how much of the book is a reflection of his own life. My wife Sandra is Dominican, and having been down there many times, I understood more of the book than what I suppose most people would. That, and my basic knowledge of Spanish, was helpful since the book has quite a few words and phrases in Spanish. I originally bought this book for Sandra for Christmas, but she works so much that she hasn’t had time to read it. Instead, I picked it up, read a few pages, and found it to be written in an energetic and entertaining way. At first, I wondered how such a piece of fluff could have won the Pulitzer Prize 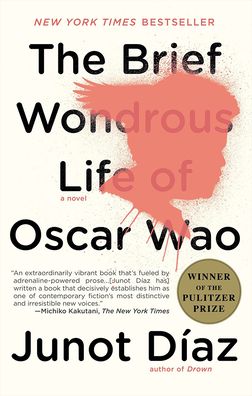 , but that’s only at the beginning of the book – after that, it gets much more serious, talking a lot about the life of Oscar’s family under the dictatorship of Trujillo, who ruled the DR from 1930 to 1961. END_OF_DOCUMENT_TOKEN_TO_BE_REPLACED

Netflix streaming – they rated it as 3.7 stars for me, 3.6 for the general audience. A cross-cultural romantic comedy, perfect for Sandra and I to watch on Valentine’s Day, I figured … but she decided it was stupid and had bad acting, so we stopped watching about a half hour in. I was intrigued, though, and watched the rest of it the next day on my own, and found it to be 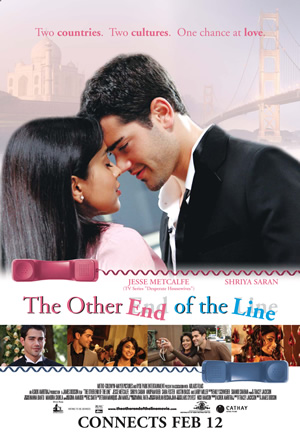 Netflix streaming – they rated it at 4.2 stars for me, and 4.0 for the general audience. It is an interesting look at current male bodybuilders, following several of the top contenders for the Mr. Olympia title, the one that Arnold Schwarzenegger won 7 times. They are an interesting, and quite different, group of people. Things have changed since the movie Pumping Iron, as far as I know. I mean, I go to the gym in the winters to keep in shape, but I don’t follow body-building at all. I was surprised to see them getting what was basically a paint job, complete with airbrushes, and a phone-booth-like tent to block the overspray.

One of them points out how even if most people took steroids like they do, they wouldn’t be able to accomplish what these top guys have accomplished. I’m giving it 4 stars, I enjoy these stories about the people behind the scenes, though I know some people don’t.

Netflix DVD – they rated it as 4.7 stars for me, with 4.1 for the general audience. I’m going to give it 5 stars. I had heard good things about it, which surprised me because I didn’t think it would be that great with a talking raccoon! I think I avoided it back when I was into comic books, because I just didn’t like the silliness. This movie, though, does silly in a great way, it’s the ton of fun they said it was, and I enjoyed it a lot. The visual effects were fantastic, and I could see the science fiction city scenes working perfectly for a Legion of Super-Heroes movie.

Groot was a fun character, and even the raccoon was fun. I thought the green woman was cool, but maybe not as tough as she could have been – but then, maybe it worked better this way. The big, thick, muscle-bound guy, I think, was probably the weakest of the characters, some of the humor with him was pretty lame. I liked the main guy a lot, he’s got a good screen presence, and he fit this movie perfectly. The general tone of the movie, with the music and a large number of humorous moments, combined with the science-fiction visuals, really worked well. Hopefully we’ll see a lot more movies like this in the future … and more serious ones with science fiction visuals like this.

Netflix streaming – they rated it 4.5 stars for me, but only 3.7 for the general audience – “my kind of weird”? Yes, what a great movie this was, I didn’t think I was going to like it at all, but Netflix is almost never wrong with my ratings. I’m going to give it 5 stars. Salma Hayek was wonderful in this movie, as was Alfred Molina as Diego Rivera. A number of big-name stars had shorter roles, and in some cases weren’t easy to recognize: Ashley Judd, Edward Norton, Antonio Banderas, and Geoffrey Rush. This movie had a great tone to it, the music added a lot, the special-effects scenes of paintings, the costuming – it all came together to make this a masterpiece. 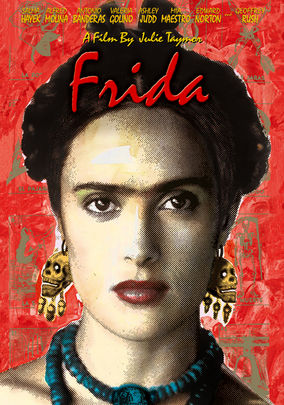 What an amazing life this woman had. END_OF_DOCUMENT_TOKEN_TO_BE_REPLACED