Netflix streaming – I just finished watching the series finale, from the seventh and final season. They predicted it at 4.3 stars for me, and 4.3 for the huge general audience – over 4 million viewers have rated it so far. This is a fascinating series, one of several that I have been turned off by originally, because of what seem like distasteful people. The Soprano’s and Breaking Bad were both like this as well, I watched an episode and decided I didn’t want to watch such horrible people. However, coming back to them because of glowing reviews everywhere, I got hooked on all of these and wanted to see what would happen to these people. Sons of Anarchy is a fascinating study of people on the wrong path in life, but who seem to be, at least sometimes, doing the right thing for themselves and their families. 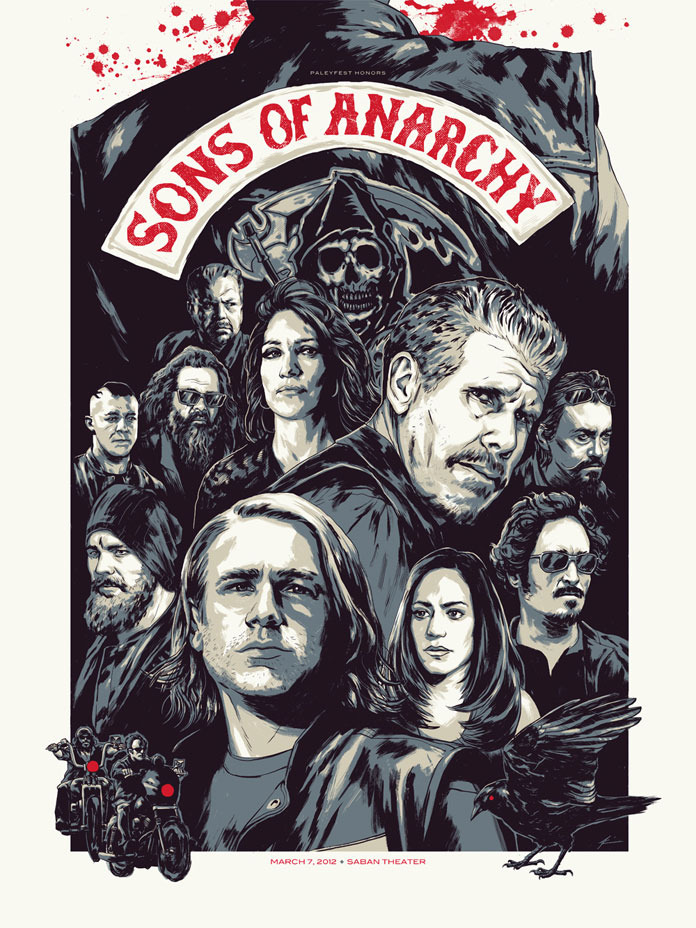 This long-running show is a fascinating character study and a vivid demonstration of how bad choices can pile up on each other and send people down a path of destruction. At times, perhaps many times, it is overly convoluted as the plot twists around a huge number of motorcycle gangs and their members, as they cold-heartedly kill each other for a piece of their lucrative and illegal pies, partially fueled by retaliation and disrespect. One good person is caught up, by love, in this mess, and she gradually turns to be more and more like them. It is interesting watching, but I think I had to see the whole thing in order to give it 5 stars. Individual episodes would probably only receive 4 stars from me. From what I’ve read, it seems like they had the entire series planned out, since things in the last episode carry on and reflect back to things in the pilot episode.